T5W is a weekly book meme created by Lainey from Gingereadslainey and hosted by Sam from Thought On Tomes with a different bookish topic each week. You can check out the GoodReads group here.

Topic: Nostalgia Ships – Discuss the first fictional couples you ever got butterflies over, or couples you used to be really into when you were younger

Like several of my previous T5W posts, this is going to be almost exclusively manga/anime because I really have no recollection of having shippy moments with books as a kid. 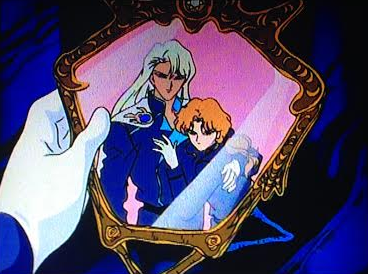 Why yes, I do love shipping my murder-happy villains, even from the tender age of ten. I remember waking up early Sunday mornings so I could watch AMVs of this ship on YouTube. This was back in the era where fans still made their own dedicated web pages dedicated to their ship and hosted their own fanfiction. Mind you, I never watched the English dub of Sailor Moon, only the Japanese, so I shipped these two as a gay couple, not the one where Zoisite was turned female because 90s American family purity. It’s pretty indicative of how my life turned out. 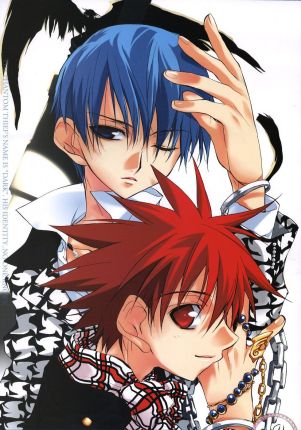 This was the second anime I ever watched (not including Naruto, Pokemon, etc). I think I found it waaaaay back when on YouTube because someone had put the opening to the Black Cat opening and I saw people with wings. I have this vague recollection of shipping them together but I’m not going to lie, 12-year-old me was mostly focused on Dark Mousy aka the man with black angel wings.

These two are the classic fire and ice pairing that served as both fantastic comic relief and also dished out the angst. And I think they’re a canonically gay couple? (or at least, one of them turns into a vampire and is basically dependant on the other to live or something like that, so basically the same thing). I read both the manga and watched the anime for the series, but for some reason, I don’t think I got to the end of either. (Also it was really hard to choose a picture for this one because CLAMP’s artwork is just too damn pretty) 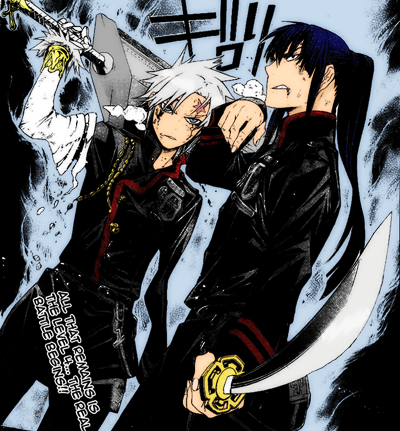 Somehow this is probably my most embarrassing entry to this list haha. Back in middle school/Jr. High, pretty much every one of my manga-reading friends was reading D.Grayman (quick shoutout, please read this, it’s amazing) and though I don’t think any of us would admit it, we all shipped Yullen to some degree. I think I even penned a bad fanfic or two for this ship way back when. 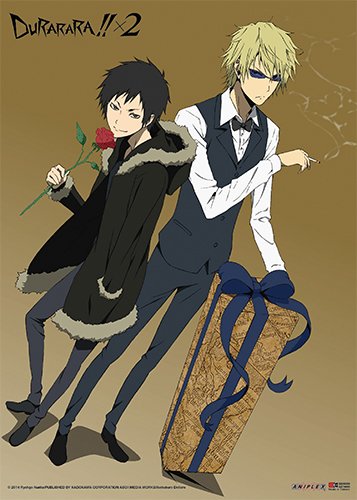 I lied, this one’s the most embarrassing. Same group of friends of friends, same situation, but now we’re in Jr.high/highschool. These two… well… I admit, I don’t think I made it past more than 10 episodes of the actual show and I never read the light novels so I really don’t know these characters all that much more than, one likes to intentionally provoke the other and the other throws vending machines at him in response. uhhh….yeah….definitely sounds like a healthy loving relationship right there.

Uhhh…so it occurs to me that there is not a single female character on this list (no Zoisite doesn’t count)…I suppose that goes to show you how lopsided my (manga) reading was in terms of gender ratios, though in all honesty, my physical book reading was probably something similar. Either that or I was just never interested in straight couples lol